Every employer in Utah can terminate an at-will employee for any reason (or no reason), and that termination is presumed to be proper, so long as the reason for termination is not prohibited by law. Legal reasons for firing an employee can include very small and even trivial reasons, such as because the employee showed up thirty seconds late for a shift or accidentally spilled a drink in the break room. Non-trivial reasons are also permissible. An employer can terminate an employee for habitually arriving late, causing conflicts between employees, or performing work poorly.

Another Exception to At-Will Employment: Firing an Employee for Refusing to Engage in Illegal or Wrongful Acts

Perhaps a less-known exception to the right to fire at-will employees is firing an employee who refuses to engage in improper or illegal behavior. Generally speaking, an employer has a duty not to fire an employee if doing so violates a clear and substantial public policy. Employers who do so are liable for a tort—which is a fancy way of saying that the employer is liable for an employee’s loss or harm. Utah courts have recognized a few common public policies that trigger a wrongful termination: firing an employee for (1) performing a public obligation, (2) exercising a legal right or privilege, or (3) refusing to commit an illegal or wrongful act.

It is not enough that an employer fired an employee for refusing to engage in illegal or wrongful act. The employee must prove that that an improper firing occurred. This is not an easy task. To meet his or her burden, the employee must prove certain elements. First, the employee must show that he or she was fired. This may sound like an easy element to prove, but sometimes whether the employee voluntarily quit or was involuntarily fired is heavily disputed, for instance. And based on the relevant facts and circumstances, it may be difficult to make this determination. Employees and employers are wise to carefully document and preserve evidence of how a separation took place and the basis for that separation. If a lawsuit erupts, each side will likely adopt a view of the facts that favors its position.

Second, the employee must show that a clear and substantial public policy existed. Courts are not inclined to allow any policy to trigger the “clear and substantial” threshold. Not any alleged public policy will do. Employers, and even employees, have an interest in maintaining an employer’s right to freely hire and fire employees, and courts will not lightly allow vague and trivial societal policies to be used to support a wrongful termination claim.

Third, the employee’s work behavior must have brought the clear and substantial policy into play. It goes without saying that if an employee did not refuse to engage in illegal or wrongful conduct while performing his or her work duties, a claim for wrongful termination would almost certainly fail.

Let me provide an example. Nurse Nancy was late to work habitually at the hospital. One day, Doctor Dan, her boss, was tired and asked her to perform a heart surgery on one of his patients, a surgery for which she is neither trained nor licensed. Performing the surgery would be wrongful and illegal. (Yes, a ridiculous example, but stay with me.) Nurse Nancy refuses, and a week later, Doctor Dan fires her. Over the next few months, Nurse Nancy cannot find a new job and decides to sue Doctor Dan. She will argue in this lawsuit that her refusal to perform the heart surgery was the reason Doctor Dan fired her, and Doctor Dan will provide a legitimate reason for terminating Nurse Nancy: she was always late. Then, Nurse Nancy will argue that nobody is fired for her type of tardiness and that her refusal to perform the heart surgery was the real, substantial factor—that had she not refused, she would still be an employee. If she can prove that point, her claim likely succeeds.

The clearest damages for a lawsuit against an employer who fires an employee for refusing to engage in illegal or wrongful conduct is lost earnings and benefits. If an employee earns $100,000 in salary and benefits (such as health insurance) and is wrongfully terminated, the employee can likely sue the employer for those lost earnings moving forward. If she finds a similar job with similar pay after six months, her damage claim will probably end at that point and will likely be $50,000—or six months of lost salary and benefits. However, if the employee finds a job with lower pay after six months, she may be able to claim the difference moving forward. For instance, if the new job pays $1,000 less each month in salary and benefits, she may be able to claim that $1,000 each month moving forward. However, courts may not be very inclined to award future and speculative damages that have not yet occurred. A court will be more inclined to award a $1,000 loss to an employee for all prior months’ losses rather than $1,000 for future months of losses the employee has not yet experienced—and that may not be experienced depending on what happens. For instance, an employee might get a promotion or pay raise that limits the damages moving forward.

In many types of lawsuits, an employee can recover attorney fees. Generally, attorney fees are only available if either a contract between the parties or a relevant statute allows for recovery of attorney fees. It is possible that an at-will employer and an employee entered a contract that allows for attorney fees, but this is not generally the case. Also, while many types of employment lawsuits allow for attorney fees, a case based on an employer firing an employee for refusing to engage in illegal conduct is not one of them. Thus, attorney fees are not generally recoverable in these types of lawsuits. What this means is that the damages at issue must be great to justify a lawsuit. If the employee was out of work, for example, for a month before finding a new, similar job and only lost $10,000 in wages, the cost of the lawsuit will almost certainly be greater than the lost wages. Thus, pursuing that lawsuit would not be a wise business decision, even if victory were certain. In these circumstances, a quick demand letter and settlement would probably be the best outcome.

If you are an employer with a former employee who has claimed that he or she was wrongfully terminated, I can discuss with you the strengths and weaknesses of your case and the risks and benefits of fighting the case. Likewise, if you are a former employee who believes you have been fired for refusing to engage in illegal or improper conduct, I can discuss your options moving forward. I offer free consultations. My direct dial is 801-365-1021, and you can e-mail me at joe@snjlegal.com. 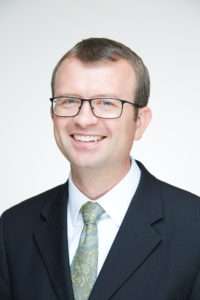