As more land in Utah transitions from family farms to housing developments, disputes arise as to the location of parcel boundaries, the scope of easements, and the use of roads.

Adjoining lot owners who have peacefully co-existed for decades can find themselves embroiled in controversy when it is discovered that what is on file with county does not match what exists on the ground. For the average Utahn, a deed is something looked at briefly at closing and any thorough review is left to the title company. After all, very few of us can parse metes and bounds descriptions or know our way around the office of the county recorder.

Typically, landowners who share a boundary do not pay attention to what is on file with the county until one of them decides to change the use of the land. For instance, one landowner may decide to develop a pasture to build a new housing subdivision. At that point, it is usually necessary to seek permission from the local zoning authority (such as the municipality or county) to change the use from agricultural to residential and to add the necessary infrastructure. The local authority will have adopted land use ordinances, such as setbacks for structures, the presence and width of access roads, and the availability of utilities. To meet these ordinances the owner developing the land is seeking to prove to local building authority that there is sufficient space, access, and the like for the development. Under these circumstances, someone finally looks at the county land records and discovers a record boundary that does not match the existing fences and land use.  Suddenly, competing claims for the same stretch of ground arise.

County Documents to Be Aware Of

Three of the more common documents describing the rights to use land are deeds, easements, and plat maps. In simple terms, deeds contain the descriptions of the boundaries of the parcel. Easements (which can appear in deeds) describe what uses are permitted by parties other than the landowners within the boundaries of the parcel.  Plat maps set forth how the parcels relate to each other and the locations of roads and rights-of-way.

There Isn’t Necessarily an App for That

Some people assume that GPS would give the precision needed to resolve the conflicts. However, that is not typically the case. With land, parcels exist in relation to existing homes, businesses, roads, and the like. The truth is that governments are not going to tear up and move roads, utilities are not going to disrupt their infrastructure, and people are not going to move their homes and businesses because 21st-century GPS is at odds with 19th-century surveys that laid out the lots and roads in a county. Trying to impose GPS measurements without reference to the original surveys rarely works because it would potentially disrupt nearly every land boundary in the state. Furthermore, even if everyone agrees where the original deed line was, it does not mean that the deed line has not changed through the intervening actions or inactions of the adjoining property owners.

In Utah, the discrepancy between record ownership and what is on the ground may be resolved in a variety of ways.  First, the affected parties can reach their own agreement to correct the recorded deeds.  Where the parties agree on the same boundary line, their agreement can be filed with the county recorder.

A second way these discrepancies resolve over time is through adverse possession.  If an adjoining landowner claims the land and makes obvious use of it for 7 years, and—here is the big one—pays the taxes on the extra land (see Utah Code §§78B-2-214 and -215), that landowner can acquire title to the disputed portion by process of law.  However, few of us pay taxes on areas outside the deeded area for which we are assessed taxes by the county.

There are exceptions. For instance, an understanding that a fence is built not to mark a boundary, but to contain livestock may defeat a claim for boundary by acquiescence. Each land dispute is factually unique and will have its own avenue for resolution. These general principles do not constitute advice for any particular scenario. Individually-tailored legal advice should be sought for any specific controversy. The important thing to remember is that just because the plat says your fence is in the wrong place, it does not mean that the plat is necessarily right or enforceable.

For questions regarding a specific case, contact me directly at the number listed below. 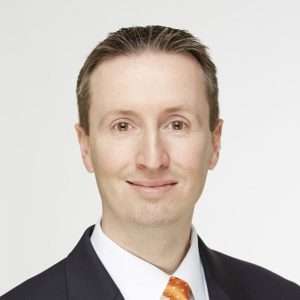