As anyone in the construction business knows, too many projects end up with conflicts over payment, resulting at times in ruined companies, dreams, and, in the most extreme cases, lives. But before you go hanging up the hard hat, remember: It doesn’t have to be that way. Here are a few suggestions gleaned from decades of assisting contractors, subcontractors, designers, engineers, and others, in collecting money owed them for services and materials provided to construction projects.

The reality of construction is that most people don’t take a second look at the contract that was signed (or even care to go through the trouble to sign one) until the dispute arises. Unfortunately, at that point it may be too late to clarify what the agreement was or to preserve claims that needed to be preserved. When the agreement is not clear or has not been followed, there will always be at least two sides to the story in the resulting dispute.

Maintaining a clear written contract as well as clear communication throughout the performance of the contract are both critical to being able to prove your side of the story. If you have those two things, then more often than not you will be able to avoid payment disputes. And if you don’t avoid a dispute, you will at least minimize the legal expenses necessary to force payment to you for the work or materials provided.

On the other hand, if you don’t have a clear written contract and clear communication throughout the performance of the contract and there is a disagreement on payment, you are most likely signing up for one of two things: 1) working for free; or 2) a lawsuit.

For those of you who are required to sign someone else’s contract, you at least need to understand it well enough to follow the important provisions related to payment, change orders, termination options, damage limitations, and dispute resolution. If those terms aren’t acceptable, don’t sign it. If you have signed it, then follow those provisions and make sure your project managers and superintendents are familiar with and follow them. Otherwise, your rights to payment could be reduced or lost—particularly for any services or materials requested but not included in the original contract or agreement. Again, if you need help understanding what your contract requires, then consult a construction contract lawyer who can ensure you don’t end up working for free.

Finally, if you find yourself providing construction services or materials without a signed contract, there are still some things you can do to improve the chances of getting paid and avoiding a lawsuit, or at least simplifying the lawsuit if one is necessary. An agreement does not need to be in writing and signed by both parties to be enforceable. Providing construction service or materials without a written contract is not recommended, but it happens. A verbal agreement or an agreement based upon letters, emails, texts, napkin scribbles, or an estimate can be enforced if you can prove what the agreement was.

That said, the easier it is to prove the agreement, the better off you are. Make sure you have at least provided enough evidence for your agreement that it can be proven after the fact if need be. For example, after that handshake “establishing” your agreement, send a letter or an email confirming the terms of your understanding of what the agreement is. Or, if something changes on the project that is different than what was originally discussed or agreed to, and a written change order is not provided before you need to begin working on the changed work, then send a quick email confirming your understanding. If the other party fails to respond to your letter or email, then it will be much easier to prove that what you expressed as your understanding was, in fact, the agreement between the two of you. If the other party does respond, then you have an opportunity to iron out any issues in advance.

Long story short: If possible, get your agreement in writing and make sure your performance of the work is consistent with the terms of the contract related to payment, change orders, termination options, damage limitations, and dispute resolution. If your agreement is not formally signed by both parties, then take steps to clarify in writing what the agreement or change to the agreement is. If these precautions are carefully followed you will improve your chances of receiving timely payment for the projects you participate in and, by receiving payment, you will preserve the pride and satisfaction you’ll feel in having contributed to another successful construction project.

Still have questions? Don’t hesitate to give me a call. 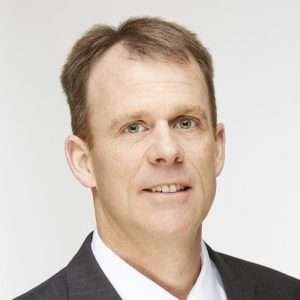