Freight brokers are increasingly facing consignees who reject freight when a carrier shows up at the delivery dock with a broken seal. Here is how you can defend against the trend.

In both truckload and less-than-truckload shipments, shippers often require their freight to be transported in “sealed” containers. Sealed shipments help document chain of custody and assure the shipment is not tampered with while in-transit.

A broken seal does not, by itself, mean the chain of custody was breached or the shipment is damaged/adulterated. Sometimes shippers require a seal for no apparent reason and accept the shipment regardless of the “seal” instructions on the rate/load confirmation sheet.

Under the Carmack Amendment, shipper/consignees must show (1) delivery of the shipment to the carrier in good condition; (2) loss or damage to the shipment; and (3) the amount of damages.  Recent case law has freight brokers concerned that a broken seal alone justifies the consignee’s rejection of a load and acts as undisputable proof of loss or damage to the shipment. But for every reported case, there are hundreds of issues that are resolved, and not all of them in favor of the consignee.

While the current case law is disturbing, in some of those cases, the shippers more carefully documented the facts and controlled the narrative. Brokers can take affirmative steps to protect their legal positions, control the narrative, and resolve broken seal loads with a favorable result.

Be careful with your shipper/broker contracts. Make sure you’re not assuming the liability of a carrier. Where possible, educate your potential customer up front on the differences between a broker and carrier and the Carmack liability regime. If the customer will have loads shipped under seal, address the liabilities at the contracting stage.

Obtain an early driver statement on broken seal loads. Call the carrier and driver. And don’t just talk to the driver—write down a statement of your conversation and have the driver sign and acknowledge the statements he/she made. Document stops made (if any). Identify situations or locations the shipment could have been tampered with and gather specific evidence on those locations. In some cases there may be a good reason for the broken seal, i.e. it is an LTL load. Or the driver might have evidence showing that even if a lock was removed or seal broken, the load was in the continuous custody and control of the carrier and the freight is fine.

Retain a third-party to perform an inspection of the product. While inspectors may limit their report based on the fact that they do not know the condition of the goods at the time of loading, they can make statements concerning lack of evidence of tampering, appearance of packaging and product, and storage conditions.

Demand mitigation. After gathering the facts, push the consignee, its insurer, or the carrier to salvage the load and mitigate its losses. Document your communications and demonstrate common sense in responding to the problem.

Aggressively educate your customer and/or the consignee. Having early control of the evidence (i.e. driver statement, photographs, third-party inspection) and the narrative may allow you to sway the decision of the risk manager that is rejecting the load.

Your legal counsel may have suggestions in evidence gathering and establishing an early path to resolution. If you have questions about your broken seal load, call us – we are here to help. 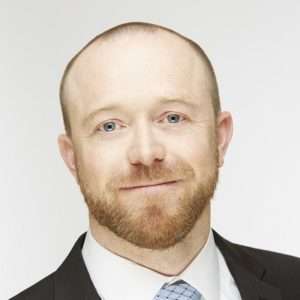