September 14, 2011
A survey recently released by the Institute for Financial Literacy bankruptcies filed by consumers with college degrees were up 20% and bankruptcies filed by consumers earning over $60,000.00 increased by over 66%. According to Leslie E. Linfield, executive director and founder of the South Portland, Maine-based Institute for Financial Literacy, “The Great Recession has had a dramatic impact on the bankruptcy filings of American consumers across the economic spectrum – including college-educated, high-income earners. While less-educated, low-income individuals continue to represent the typical bankruptcy filer, this report underscores a sophisticated evolution of the profile of the American debtor that now extends to disparate age, income and ethnic groups.”

August 8, 2011
In an article published in the Phoenix Bankruptcy Law News, consumer bankruptcy filings in the United States fell for the seventh month in a row according to the American Bankruptcy Institute (ABI). According to Samuel Gerdano, ABI Executive Director, the decline is not necessarily good news. Mr. Gerdano believes the decline is further evidence that consumers are deleveraging, as if they were on strike, and are worried about their economic futures.

Citing data from the National Bankruptcy Research Center, the ABI reported that personal bankruptcy filings fell from 137,698 last July to 113,570 this year. The number also represents a five percent drop from last month. The trend is expected to continue as consumers try to rein in spending in a weak economy. Gerdano and the American Bankruptcy Institute expect total consumer bankruptcy filings for the year to be lower than 2010′s five-year high of 1.53 million in 2010.

Although the ABI is not surprised by the decline, other agencies have expressed bewilderment. David Jones, president of the Association of Independent Consumer Credit Counseling Agencies is quoted in the article as saying: “It’s a little bit confounding that the numbers are down, given that consumer financial conditions are degrading,”. “We’re able to help fewer of them because many of their situations are already so far gone.”

July 28, 2011
If you live in Utah and are considering filing for bankruptcy you are not alone. According to an article that appeared in The Salt Lake Tribune on July 28, 2011, more Utahns filed for bankruptcy during the first half of 2011 then filed for bankruptcy during the same six month period during 2010. The United States Bankruptcy Court for the District of Utah reported that the court received 9,927 bankruptcy petitions in the first six months of 2011, an 11 percent increase over the number filed during the first six months of 2010. While the percentage increase was not as great as last year, there is no indication that Utah will see any downturn in filings in the immediate future. Of the 9,927 bankruptcy petitions filed in Utah during the first half of this year, 66 percent sought Chapter 7, and the remaining 34 percent sought Chapter 13.

March 24, 2011
According to Consumer Bankruptcy News, nearly 3 million properties in the U.S. received foreclosure papers during 2010. This is a 2 percent increase from 2009 and a 23 percent increase from 2008. According to James J. Saccacio, chief executive officer of RealtyTrac, total properties receiving foreclosure filings would have easily exceeded 3 million in 2010 had it not been for the fourth quarter drop in foreclosure activity – triggered primarily by the continuing controversy surrounding foreclosure documentation and procedures that prompted many major lenders to temporarily halt some foreclosure proceedings.” Even so, it is expected that 2010 foreclosure activity will hit a record high and many of the foreclosure proceedings that were stopped in late 2010 will likely be re-started and add to the numbers in early 2011. 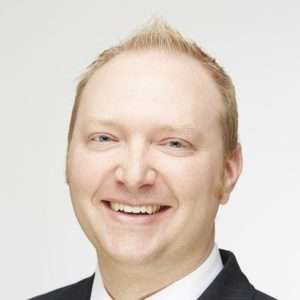