Corporations can be involved and diverse. Nevertheless, there are some things all corporations have in common. For instance, at its core a corporation is an entity separate from any of the parties forming it. It is formed by filing Articles of Incorporation with the state where it is located, and it consists of shareholders who own the company, directors who make big picture decisions, and officers who handle the day-to-day management.

And it is here things start to splinter. For, in small, closely-held corporations (corporations with few owners), the same individuals usually serve in the capacity of all three of these positions. Not so in large, publicly traded corporations, where shareholders rarely serve as directors or officers unless they own large blocks of stock. Regardless of the size, however, corporate bylaws are responsible for laying out the duties of the shareholders, directors, and officers, as well as the required meetings and notices.

For starters, corporate shares can be bought and sold at will unless otherwise specified in a shareholder agreement, and the company’s existence is usually perpetual. A corporation, if properly managed and funded, provides protection to the shareholders from the liabilities and obligations of the company. That is, the shareholders risk their investment in the company, but do not place their personal assets at risk.

When we think of C Corporations, we generally think of large companies like IBM or General Motors; however, C Corporations can be used for business ventures of any size. Closely-held C Corporations will often avoid corporate-level taxation by distributing all income annually as salary with no dividends ever being paid.

As far as advantages are concerned, C Corporations may have an unlimited number of shareholders and different classes of shares. It may also be owned by other entities. This means, for example, one corporation may hold shares of another corporation. Moreover, C Corporations are excellent vehicles for raising venture capital, though stringent federal guidelines must be followed, including potential filing and registration requirements. Certain fringe benefits for employees are generally tax deductible only in C Corporations, though this is a constantly changing landscape. Although not the current go-to for small businesses, advantages like these mean the C Corporation shouldn’t necessarily be written off to start.

The disadvantage to a C Corporation? Double taxation. This refers to the fact that a corporation is taxed on its profits at the corporate level, and then dividend distributions to shareholders are taxed again at the shareholder level.

Recognizing the inequity of double taxation for small businesses, Congress created an exception to the double taxation rule. Small business corporations (“S Corporations”), as defined in the code, can make an election (an “S Election”) to have all the income and losses of the corporation flow through to the individual shareholders, rather than being taxed to the corporation. To ensure that this structure is available only to small businesses, limitations are placed on the number and types of shareholders that can hold shares in an S Corporation. To qualify, there can be no more than 100 shareholders and they can only be individuals or certain types of trusts. Numerous other requirements also apply.

Corporations are complicated animals, with a myriad of formalities attached to them. Whether or not those complications work in your favor ultimately depends on exactly what you are trying to accomplish. Have questions about a specific case? Don’t hesitate to contact us directly. 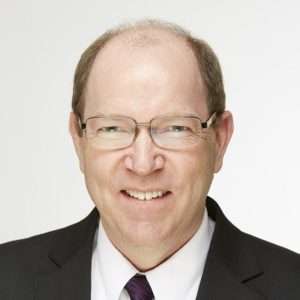